During the First World War, the proclaimed representatives of New Zealand womanhood abhorred the provision of condoms to ANZAC troops. So much has changed in 100 years. 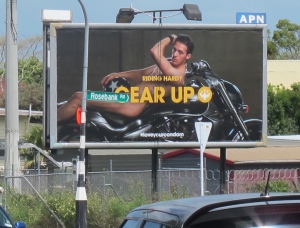 This billboard blazes the  message “Gear Up – love your condom” across an intersection in Auckland.

If you havn’t already, read the earlier story of Ettie Rout, a pioneer advocate for sexual health. Also called “the Wickedest Women”.

The Practical Kindness of Ettie Rout – “The Wickedest Women”

Behind the tombs of Rarotongan luminaries filling the yard of the Cook Island Christian Church in the island’s principal town, Avarua, is a grave sporting two headstones. A faded ANZAC poppy lies on the dusty tomb. 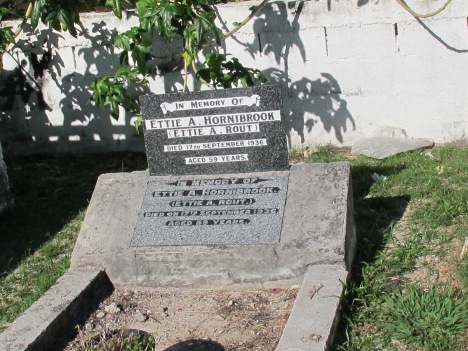 Two headstones mark Etties grave noting her married and maiden name. A faded poppy remains in the dust on the right hand corner of the grave, six months after ANZAC day..

She was awarded the ‘Reconnaissance Francaise’ Medal by the French, the British War Office sent her a tribute via King George V for her contributions to the health and safety of the troops and the Australian official history of the war mentioned her twice.

In July 1915, during the Gallipoli campaign, Ettie  set up the New Zealand Volunteer Sisterhood and invited women between the ages of 30 and 50 to go to Egypt to care for New Zealand soldiers. In spite of government opposition, she sent the first batch of 12 volunteers to Cairo that October.

She arrived in Egypt in February 1916 and immediately noticed the soldiers’ high venereal disease rate. She saw this as a medical, not a moral, problem and one that should be approached like any other disease – with all available preventive measures. She recommended the issue of prophylactic kits and the establishment of inspected brothels, and she tried to persuade the New Zealand Medical Corps officers to share this view, with no success.                               – The Global Life of New Zealanders – http://www.nzedge.com/ettie-rout/

By the end of the year, the New Zealand Expeditionary Force had adopted her kit, distributing it to soldiers going on leave. Ettie received no credit for her role in the kit’s development and adoption. Instead, mention of her in a New Zealand newspaper brought a potential £100 fine under government war regulation particularly after one of her letters, suggesting kits and hygienic brothels, had been published in the New Zealand Times. Ironically, this letter had been instrumental in the decision of the minister of defence, James Allen, to approve the issue of the kit. Others, particularly women’s groups, accused her of trying to make vice safe. Lady Stout led a deputation of women to ask the prime minister, William Massey, to put an end to Rout’s Hornchurch club.

An esoteric website, the Australian typewriter museum  notes  that after her death, the British Press Association (PA) wrote an obituary saying she was “one of the best known of New Zealand women“.

The PA story implied Rout’s claim to fame was her typewriting speed. Yes, she was a highly skilled typist and had once supported herself and her family through her typewriting prowess. For fear of incurring a hefty fine, however, PA could not write what Ettie had really achieved. She was one of the world’s great pioneering safe-sex campaigners. She had saved the lives of hundreds, if not thousands, of Australian and New Zealand troops serving in Egypt and the Western Front in World War I.  Yet, in the British House of Lords, a bishop had called her “the wickedest woman in Britain“. H.G.Wells was to describe her in his 1941 novel You Can’t Be Too Careful as “that unforgettable heroine“. A French venereal disease expert had dubbed her a “guardian angel” of the ANZACs (Australian and New Zealand Army Corps) on the Western Front. For all that, she was forgotten in her own country until the late 20th century, when the AIDS epidemic required the same ideological battle to be fought all over again. The Christchurch AIDS Clinic is named after her. http://oztypewriter.blogspot.co.nz/2013/09/ettie-annie-rout-safe-sex-pioneer.html

Ettie and Fred parted and at the age of 59 she returned to New Zealand where she was lonely, unrecognised, and depressed. Hoping to benefit from the sunshine of the Pacific Islands she travelled there but on a boat trip in the Islands she took a fatal overdose of quinine and was buried in Rarotonga. In 1983 she was featured in a TVNZ documentary on pioneer women.

Ettie’s grave is tucked against the back wall of the Avarua Cook Islands Christian Church, a traditional resting place for suspected suicides. Recognising the stress of her work and experience of war torn Europe plus the personal crisis of her return to home, a large measure of compassion should be extended toward her desperation.

The tropical sun is not kind to the locally produced cement used to line the grave site, giving the appearance of dust and neglect. But that is just the salty, tropical atmosphere. The extra headstone was donated by a former patient who had visited her plot and feared that an origional headstone had been neglected and become obscure. Every ANZAC day, the Rarotongan RSA in a touching gesture, scatter their commemorative poppies on the plot, symbolic of the thousands of lives she saved.

Ettie’s name had all but disappeared from the New Zealand consciousness until the 1980s when Aids proved resistant to antibiotics and the need for safe sex practice became vital. When the Aids Foundation opened its Christchurch branch in 1985, it was named The Ettie Rout Centre. Visitors regularly seek out her grave in the Avarua CIC Church yard.

While Ms Rout’s gift to our society is well documented and available on the internet, I feel the importance of her contribution should be elevated to those who we celebrate on the banknotes of New Zealand currency.

Read Jane Tolerton’s entry on Ettie in the Dictionary of New Zealand Biography, updated 7 April 2006. This provides a summary of what’s in Tolerton’s award-wining book on Ettie. http://www.dnzb.govt.nz/

See NZ History Online for a short account of Ettie:  Restoring Ettie’s Grave – http://www.nzshs.org/ettie_rout.html and http://www.newswire.co.nz/2013/06/dame-gets-her-hands-dirty-to-honour-sexual-health-trailblazer/’s war activities. She is honored here in one of the site’s “Gallipoli Biographies” http://www.nzhistory.net.nz/media/photo/ettie-rout

Italics indicate my own thoughts 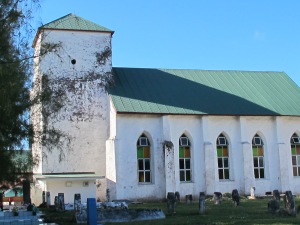 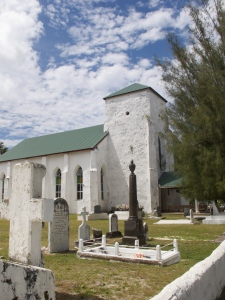