Posted by randomkindnessblog on August 15, 2016
Posted in: language tutor. Leave a comment

There is a special recipe for me in the Yotam Ottolenghi recipe book ‘Plenty’. On page 87 Yotam describes a little restaurant in Jaffa, Isarael serving  Shakshuka. Describing the recipe as the ideal brunch fair, his recipe includes cumin, onions red and yellow peppers and tomatoes.

Having served the dish to many guests, it is a winner, especially during the pepper season. As peppers became more expensive, the dish went of my menu. Then I found you can make your own variations on the basic recipe.

Shakshouka is a staple of Tunisian, Libyan, Algerian, Moroccan, and Egyptian cuisines, traditionally served in a cast iron pan or tajine with bread to mop up the sauce. It is also popular in Israel,[7] where it was introduced by Tunisian Jews and other Maghrebi Jews, hundreds of thousands of whom immigrated to Israel during the 1950s.[5]

According to food writer Claudia Roden, Tunisian cooks added artichoke hearts, potatoes and broad beans to the dish. Because eggs are the main ingredient, it is often on breakfast menus, but in Israel, it is also a popular evening meal.[8] It has been said to challenge hummus and falafel as a national favourite, especially in the winter.[4] According to some food historians, the dish was invented in the Ottoman Empire, spreading throughout the Middle East and Spain, where it is often served with spicy sausage. Another belief is that it hails from Yemen, where it is served with zhug, a hot green paste.[4] Some versions include salty cheeses[8] but traditional recipes are very basic, consisting merely of crushed tomatoes, hot peppers, garlic, salt, paprika, olive oil and poached eggs.[9]

I’m not going to post my recipe here as there are plenty to be found in the search engines – for my latest batch, I harvested ingredients from my winter garden – red chard, mustard leaves and self seeded salad  greens –

the results (fragrant flavours steaming up to moisten the taste buds not included):

Posted by randomkindnessblog on May 9, 2016
Posted in: language tutor. Leave a comment 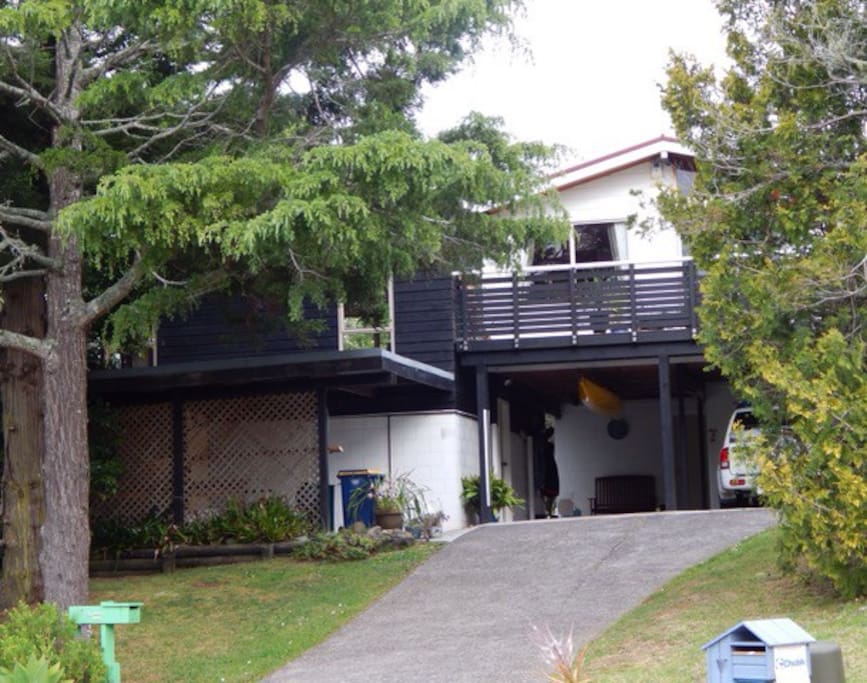 Bush retreat in a quiet cul-de-sac

A comfortable bedroom with adjacent kitchen/dining room and bathroom on the ground floor of a large, welcoming house set in bush, on the sunny side of Titirangi. The quiet cul-de-sac is close to a …

Posted by randomkindnessblog on October 14, 2014
Posted in: language tutor. Leave a comment

Thanks to the kindness of the Suzhou Education Board, I have been able to visit the small city of Suzhou over several summers.

Suzhou  is a major city in the southeast of Jiangsu Province in Eastern China, adjacent to Shanghai Municipality, according to Wikipedia.  ”

It is the economical, trading and logistics center of Jiangsu, and the second largest city in the province after its capital Nanjing. The city is situated on the lower reaches of the Yangtze River and the shores of Lake Tai and belongs to the Yangtze River Delta region. Administratively, Suzhou is a prefecture-level city with an urban population of over 5.4 million in its core districts. Suzhou is the ninth most populous city in mainland China, and the total population exceeded 10 million in its administrative area in 2010.[4] It is considered one of the richest major cities in China.

I have skimmed some of the hundred of photographs taken during my visits and present a random sample of 30 to represent the character of the city:

The old and the new – mopeds and the trishaw

The large dog is waiting in its small cage for a buyer. The street is lined with businesses selling [pets and offering pet grooming services

Is the monk talking with family or giving advice to a young couple or are they just friends having lunch?

Houses crowd the calm of a Suzhou canal

A barber operates in a small city park

Relaxing in the shade of a cool garden

“Watcha haerd” sing the boat lady as she sculls under a low canal bridge.

A red and muted sun sinks in the west.

Construction cranes frame the pagoda tower of the southern temple

Garbed against irritating dust and fumes, a commuter weaves through traffic

Three men play cards outside a market shoe stall while a fourth man watches for customers.

A smile for the camera from his sisters back

Big Nosed foreigners are a curiosity for these two children, proudly displayed by their mother.

A temple priest dozes during the hot afternoon

a motorbike is serviced where perhaps the light is bright and natural, on the footpath.

Thanks to the Old Duck

Posted by randomkindnessblog on May 13, 2013
Posted in: language tutor. 1 Comment

We take autumn flowers, take hand made or glossy greeting cards, shout cafe lunches, make dutiful visits to the matriarch to recognise Mothers Day. Orchestrated kindness that might be otherwise missed in the busy lives of children.

Many of us don’t need the wheels of commerce to remind us to to be kind to the woman who  parented us.

Her hearing is shot, the heart beat rattles, breath is short,  her back creaks and she takes so many medications that turning on the TV is a confusing challenge.

But she brought an iPad last week and is keen to use it for her writing and keeping in touch with the family.

I’m proud of our family who look in on her  and Dad each week, helping with paper work, and , sending her fun e-mails,  showing her tricks on the iPad and patiently showing her how to turn on the TV again.

Kind people are near

Posted by randomkindnessblog on June 5, 2012
Posted in: language tutor. 2 Comments

One can’t help overhear conversations while traveling on a bus.

A conversation half heard between two women on the bus ;

Bus noise provided the gaps in the conversation,  but do you get the gist?